More Americans have now died from the coronavirus in less than two months than in the entire nine years of the Vietnam war — more than 58,000. But the United States crossed another threshold Tuesday — 1 million known coronavirus cases.

That is nearly one-third of all the world’s known coronavirus cases. To put the enormity of that into context, the U.S.’s 328 million people is just over 4% of the world’s population.

Asked Tuesday why he had previously claimed that coronavirus cases would go to zero, Trump said: “The experts got it wrong.” He added: “I think we’ve done a great job in the sense that we were early … by banning China … we probably saved hundreds of thousands of lives.”

Trump has also attributed the high number of cases in the U.S. to heightened testing and less transparency in reporting cases in countries like China. “We’re going to show more cases, because we’re doing much, much more testing,” he said.

But testing in the U.S. is still not adequate or widespread enough to know who has the coronavirus. As of Monday, 5.1 million American had been tested. Experts say that’s not nearly enough. One Harvard study estimates that the U.S. needs to start testing 5 million people per day.

Dr. Anthony Fauci, director of the National Institute for Allergy and Infectious Diseases, said on CNN that the coronavirus task force is hoping that “everyone who needs a test” might be able to get one by the end of May or early June. 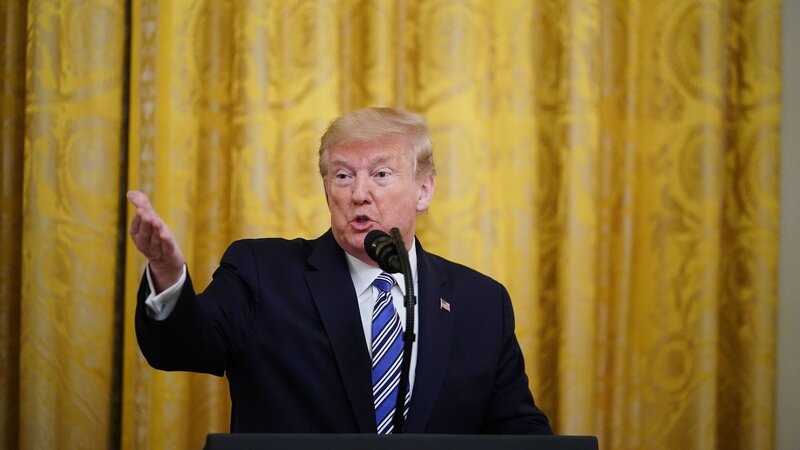 President Trump spoke in the East Room of the White House Tuesday spoke about supporting small businesses during the coronavirus pandemic through the Paycheck Protection Program.Mandel Ngan/AFP via Getty Images

The coronavirus task force didn’t hold a briefing Tuesday, but President Trump took questions at an event at the White House. Here’s some of what came from that and other moving parts as it relates to coronavirus news:

Posted in Blog
← Stanford has made a reusable mask from scuba gear — and it’s shipping it to the front lines of the pandemicGreen Feather launches healthcare software, streamlining patient’s access to medical equipment →