Researchers testing their emergency ventilator on a goat have seen promising results.

A global call for more ventilators has been issued owing to a chronic shortage induced by the COVID-19 crisis. A team of researchers at Auburn University is on it.

The researchers are turning a CPAP machine into an emergency ventilator. The device, named Re-InVent, can be assembled using $700 in off-the-shelf components, in addition to a standard CPAP machine.

The prototype, developed in two days, was tested on April 3 on a 200-lb. male Boer goat. The animal was anesthetized and ventilated with the system for about two hours in Auburn’s College of Veterinary Medicine’s Vaughan Large Animal Teaching Hospital. Goats of this size have lung capacity similar to that of humans. 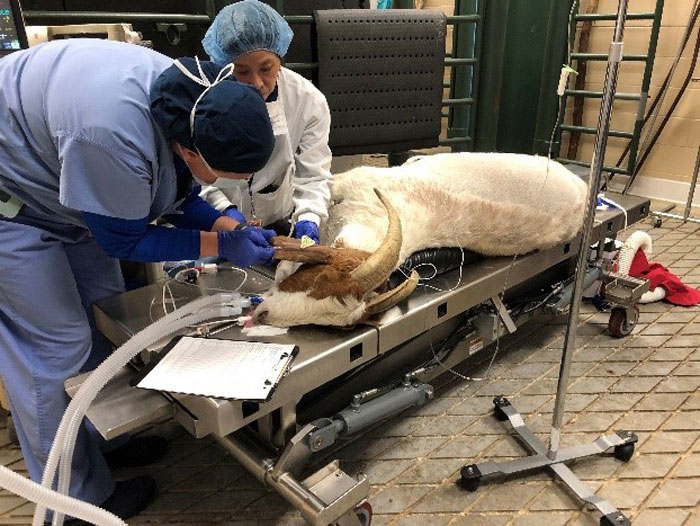 A 200-lb. goat is ventilated with Re-InVent and Philips Respironics DreamStation CPAP.Auburn University

The team was able to ventilate the goat and safely maintain appropriate oxygen content in his blood, reported Stuart Clark-Price, associate professor of anesthesiology at the College of Veterinary Medicine. “He was brought out from under anesthesia and fully recovered to return to normal activity.”

The emergency ventilator system is composed of the common CPAP machine, the Re-InVent valve assembly, and the standard tubing and tracheal tube used in current ventilators to deliver air to the patient. The system contains an inhalation valve and an exhalation valve, both rated for constant operation on a 100% duty cycle, and a PLC-based control system with user interface and alarms.

Now that the ventilator has been successfully tested, the next step is to look for ways to increase the unit’s capacity, then refine and validate the efficacy of the system. 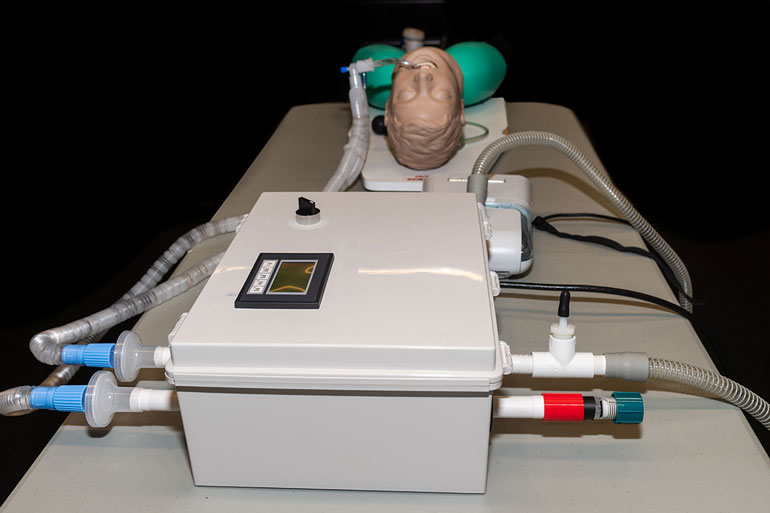 The emergency ventilator system is composed of the common CPAP machine, the Re-InVent valve assembly, and the standard tubing and tracheal tube used in current ventilators.Auburn University

The team is currently developing a peripheral “booster box” that would double the device’s pressurization capacity by employing an additional CPAP machine.

While the research is ongoing, the concept appears to show promise as an emergency option for healthcare providers. To learn more about the conversion process, see this video.