Inside this facility in Chesterfield, Missouri, trillions of bacteria are producing tiny loops of DNA containing coronavirus genes — the raw material for the Pfizer-BioNTech vaccine.

It’s the start of a complex manufacturing and testing process that takes 60 days and involves Pfizer facilities in three states. The result will be millions of doses of the vaccine, frozen and ready to ship.

A scientist removes vials of DNA from the master cell bank, the source of every batch of Pfizer’s Covid-19 vaccine. The vials are kept at –150°C (–238°F) or below, and contain small rings of DNA called plasmids.

Each plasmid contains a coronavirus gene, the genetic instructions for a human cell to build coronavirus proteins and trigger an immune response to the virus.“This kind of reminds me of September 11th. It’s that same feeling of: What were you doing at the time?”– Amy BarnesSENIOR SCIENTIST

A single vial can eventually produce up to 50 million doses of the vaccine.

“Rarely do you work on something in the lab and go home and turn on your TV and see the top 10 headlines are about the thing that you were working on today.”– Katherine CalhounASSOCIATE SCIENTIST

The vial of modified bacteria is swirled into a flask of amber-colored growth medium, a sterile and warm environment that encourages the bacteria to multiply.

The bacteria are allowed to grow overnight and then moved into a large fermenter that contains up to 300 liters of a nutrient broth.

The bacterial broth spends four days in the fermenter, multiplying every 20 minutes and making trillions of copies of the DNA plasmids.

Harvest and Purify the DNA

When the fermentation is complete, scientists add chemicals to break open the bacteria and release the plasmids from their enclosing cells.

The mixture is then purified to remove the bacteria and leave only the plasmids.

The plasmids are tested for purity, and compared against previous samples to confirm that the coronavirus gene sequence has not changed.

If the plasmids pass the quality checks, proteins called enzymes are added to the mixture. The enzymes cut the circular plasmids and separate the coronavirus genes into straight segments, a process called linearization that takes about two days.

Any remaining bacteria or plasmid fragments are filtered out, leaving one-liter bottles of purified DNA.

The DNA sequences are tested again, and will serve as templates for the next stage of the process. Each bottle of DNA will produce about 1.5 million doses of the vaccine.

The Chesterfield facility is Pfizer’s only source of plasmids for its Covid-19 vaccine. But finishing the vaccine requires several more steps in two other facilities.

Each bottle of DNA is frozen, bagged, sealed and packed with a small monitor that will record its temperature in transit.“What we do is so important because we basically control everything that gets shipped. Every vial that goes to every person goes through us first.”– Sahar GholamiLAB TECHNICIAN

Up to 48 bottles are packed in a container with enough dry ice to keep them frozen at –20°C (–4°F). The containers are locked to prevent tampering and shipped to a Pfizer research and manufacturing facility in Andover, Mass.

The Andover plant will process the DNA into messenger RNA, or mRNA, the active ingredient of the Pfizer-BioNTech vaccine. 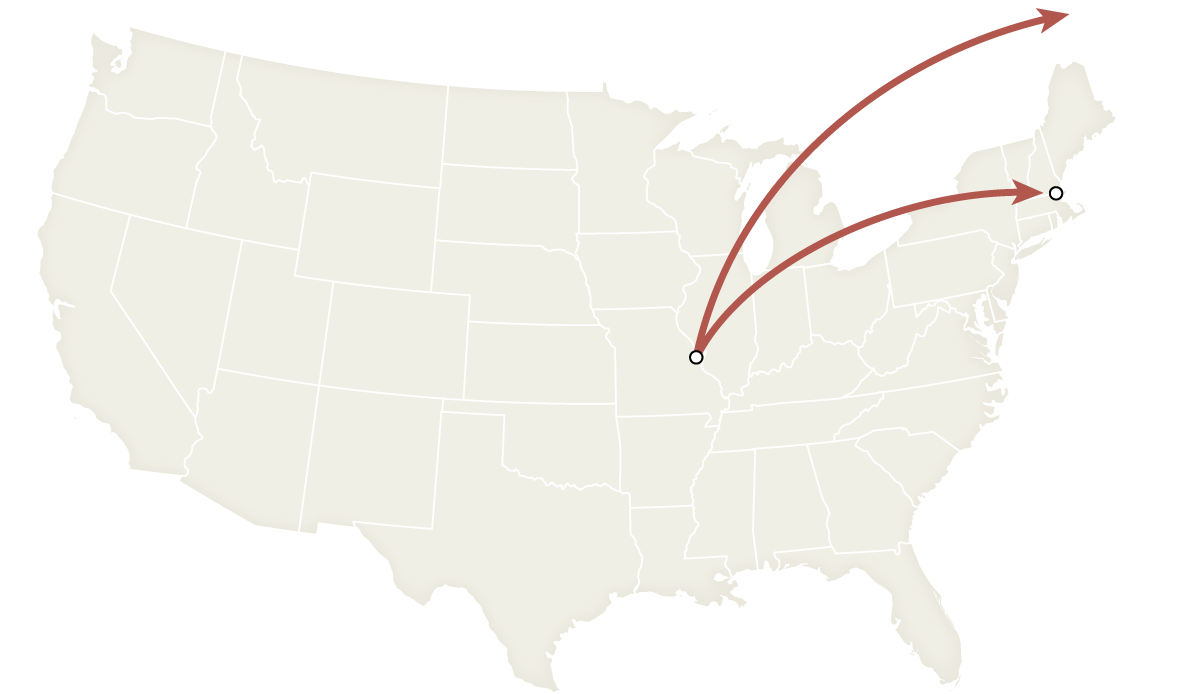 Other bottles are flown to BioNTech facilities in Mainz, Germany, where they are processed for Europe and other markets.

Transcribe the DNA into mRNA

Inside the Andover facility, yellow walls mark the mRNA suite. Five bottles of DNA are thawed for a day, then mixed with the building blocks of messenger RNA.

Over several hours, enzymes pry open the DNA templates and transcribe them into strands of mRNA. The finished vaccine will carry the mRNA into human cells, which will read the coronavirus gene and begin producing coronavirus proteins.

The mixture is moved into a holding tank, then filtered to remove any unwanted DNA, enzymes or other impurities. Each batch will eventually yield up to 7.5 million doses of the vaccine.

“This new RNA lipid nanoparticle was new to us, but we could take our tried-and-true tools out and understand it, and analyze it, and figure out how to make it high quality.”– Meg RueschVICE PRESIDENT FOR RESEARCH AND DEVELOPMENT

The Pfizer-BioNTech vaccine was the first mRNA vaccine to be authorized for emergency use in people.

Analytical scientists repeatedly test the filtered mRNA to verify its purity and confirm the genetic sequence is correct.

The result is 10 bags of coronavirus mRNA. Each bag holds 16 liters and represents the raw material for about 750,000 doses of the vaccine.

The bags of mRNA are frozen to –20°C (–4°F) and shipped to a Pfizer facility in Kalamazoo, Mich., where they will be processed into the finished vaccine and packaged in vials. Samples are also sent back to Pfizer’s Chesterfield facility, where they are tested again. 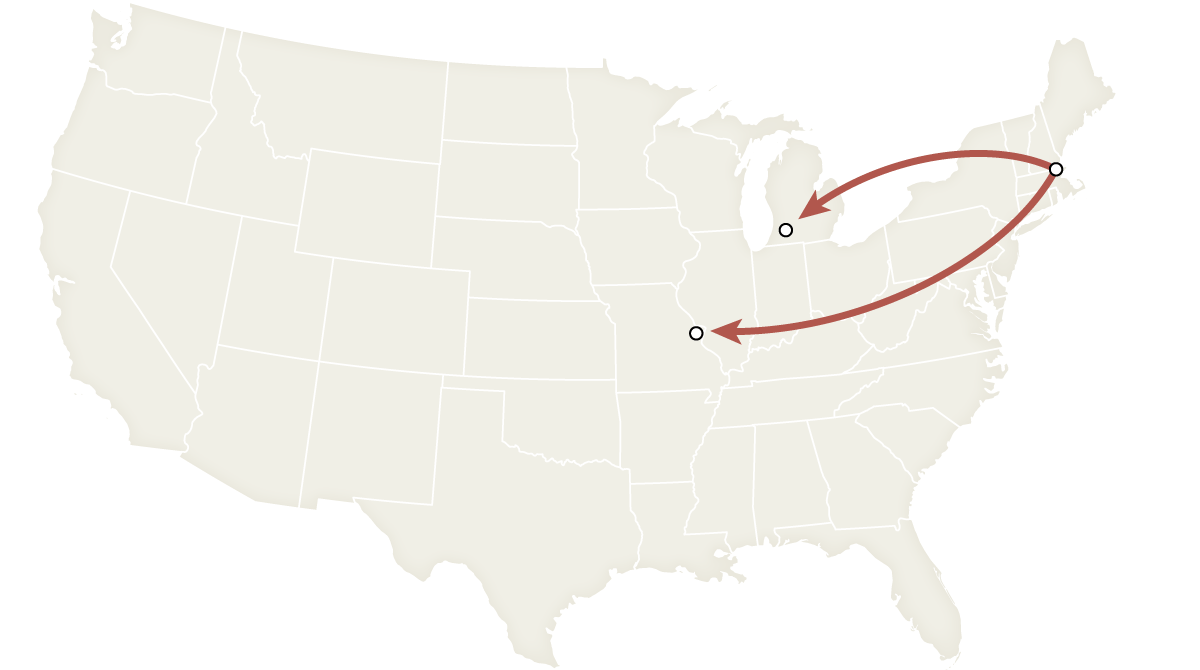 The Andover plant can produce two batches of mRNA a week, each about 10 bags. The facility made its first test batch last July, and recently doubled its mRNA capacity by adding a second suite.

A parallel process in Mainz, Germany, processes DNA from the Chesterfield facility and sends bags of filtered mRNA to Puurs, Belgium.

“There’s no weekend breaks. There’s no whitespace in the project plan. You hire people, you put everyone you can on. But the quality built in is the same as we’d do for any vaccine.”– Meg RueschVICE PRESIDENT FOR RESEARCH AND DEVELOPMENT

The Kalamazoo facility receives the bags of mRNA, keeps them frozen until needed and then thaws enough to produce 3.6 million doses of the vaccine, or 600,000 vials.

The thawed mRNA is mixed with water in preparation for making the vaccine.

In a separate process, scientists prepare the oily lipids that will protect the mRNA and help it enter human cells.

The lipids are measured out and mixed with ethanol, which will eventually be removed from the finished vaccine.

“This is where the magic happens.”– Patrick McEvoySENIOR DIRECTOR OF OPERATIONS AND ENGINEERING

A rack of 16 pumps precisely controls the flow of the mRNA and lipid solutions, then mixes them together to create lipid nanoparticles.

When the lipids come into contact with the naked strands of mRNA, electric charge pulls them together in a nanosecond. The mRNA is enveloped in several layers of lipids, forming an oily, protective vaccine particle.

Synchronizing eight pairs of pumps is not an ideal solution, but Pfizer engineers chose to scale up existing technology instead of trying to build a larger, unproven type of precision mixing device.

The newly made vaccine is filtered to remove the ethanol, concentrated and filtered again to remove any impurities, and finally sterilized.

“We make hundreds of millions of doses of product going into a lot of people. That’s an awesome responsibility, and we take that very, very seriously.”– Chaz CalitriVICE PRESIDENT OF OPERATIONS

Hundreds of thousands of empty vials are washed and heat sterilized.

A set of 13 cameras performs a high-speed visual inspection, taking more than 100 photographs of each vial. Any vials with cracks, chips or other imperfections are removed from the line.

A separate machine puts each vial under vacuum to confirm it doesn’t leak.

Rush to Fill the Vials

“It’s like a relay race.”– Patrick McEvoySENIOR DIRECTOR OF OPERATIONS AND ENGINEERING

The flow of vials is narrowed to a single-file line. Machines inject 0.45 ml of a concentrated vaccine solution into each vial, enough for six doses after dilution. The vials are sealed with foil and capped with purple lids, at a pace of up to 575 vials per minute. (The footage above shows a test run, with empty vials.)

The vaccine is chilled but warms up quickly during the bottling process, and the mRNA will deteriorate if left unfrozen for too long. Kalamazoo has limited time, about 46 hours, to get the liquid vaccine into vials and then into deep freeze.

The filled vials are inspected again, and then labeled and packed into “pizza boxes,” small plastic trays that hold 195 vials each.

The trays are bundled in stacks of five and loaded into one of 350 industrial freezers. Each freezer holds 300 trays.

It takes a couple of days for the vaccine to reach the –70°C (–94°F) required for long-term storage, and each freezer is tested to ensure that every shelf can maintain that ultracold temperature.

Once frozen, the vials of vaccine are held for four weeks of testing. Samples are sent back to the Andover facility that produced the mRNA, and to the Chesterfield site that provided the DNA templates. 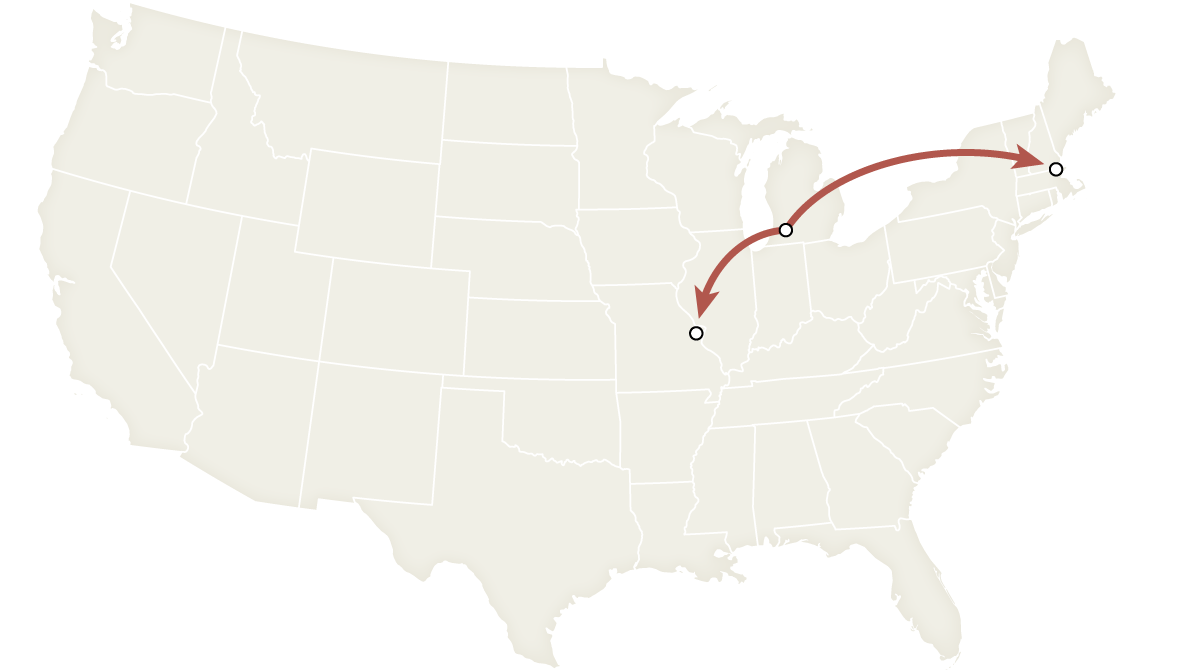 Pfizer currently operates on a 60-day timeline from start to finish, and more than half of that time is dedicated to testing.

Pack and Ship the Finished Vaccine

After weeks of testing, the vaccine is ready to ship. Workers pull trays from the freezers and pack them in shipping boxes with temperature and location sensors. The minimum order is one tray of 195 vials, and a box holds up to five trays.

Each box contains 45 pounds of dry ice — so much that Pfizer’s Kalamazoo facility now makes dry ice on site. Pfizer is also evaluating different formulations of the vaccine, including freeze-dried and ready-to-use versions that would not require ultracold storage.

Commercial production of the vaccine began in September. As of April 22, the plant had delivered more than 150 million vaccine doses to the United States. Pfizer expects to deliver 220 million doses by the end of May, and 300 million by mid-July.

“I saw on the news that they were going to roll out these mass vaccination sites, but they needed nurses because they were short. And I was like, I gotta go. I gotta go help.”– Jacquelyn ChartierNURSE VACCINATOR

Some 141 million people in the United States — more than half of the nation’s adults — have received at least one dose of a Covid-19 vaccine. More than a billion doses have been administered worldwide.

The City of Los Angeles hosts a mass vaccination site at Dodger Stadium, above. On Feb. 5, health care workers gave thousands of shots of the Moderna vaccine, which also uses mRNA to build immunity. (Moderna declined to provide filming access to their facilities.)

The single-dose Johnson & Johnson vaccine uses an adenovirus to carry DNA into human cells. A facility in Baltimore run by Emergent BioSolutions had to throw out up to 15 million doses of Johnson & Johnson’s vaccine because of possible contamination.

A Vaccine for Variants

Many of the coronavirus variants now in circulation have key mutations in their spike proteins that help the virus bind more tightly to human cells or evade some kinds of antibodies.

Pfizer and BioNTech are developing and testing new versions of their vaccine against recent variants, and might eventually alter their genetic recipe to mass-produce Covid-19 vaccines that target specific variants.

To do that, Pfizer would go back to where their vaccine production began, to the master cell bank in Chesterfield that keeps rings of DNA in deep freeze.