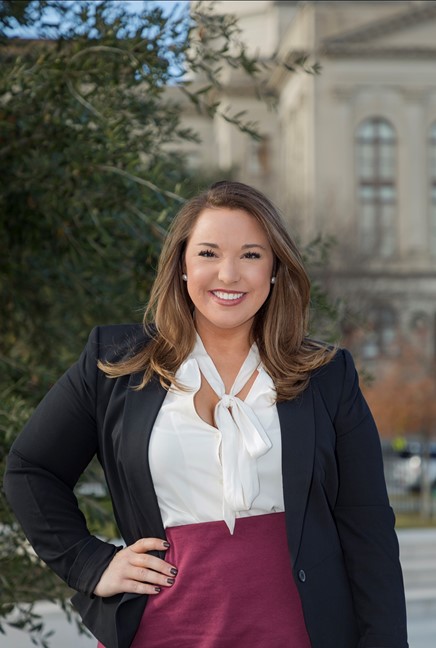 Ashley Williams Haltom is a government affairs professional with almost a decade of experience working in politics and government.

After graduating from the University of Georgia, she began her career working in state government in then-Governor Deal’s Office of Workforce Development. In addition to agency experience, she spent several years working in state and federal campaigns before transitioning to the Georgia House of Representatives, serving in both the offices of Speaker David Ralston and House Media Services. Most recently, Ashley spent four years with a statewide membership association as the Communications Director and a staff lobbyist, honing her advocacy skills and continuing to create relationships under the Gold Dome.

Ashley and her husband Stephen live in West Midtown with their dog, George. She is a 2018 graduate of the Miller Leadership Institute and is actively involved with several community and philanthropic organizations, including the Junior League of Atlanta, Atlanta Community Food Bank, and the Red Shoe Society.